Arts for Oakland Kids is a 501(c)(3) fund with a mission to advance arts justice by ensuring that all students in under-resourced Oakland public schools receive a comprehensive arts education in order to improve learning and promote achievement.

We envision a world in which the power of arts education is fully recognized, and every public school student – regardless of race, background, or wealth  – is given equitable access to the advantages of a comprehensive arts education, enabling them to reach their intellectual, social, and emotional potential. 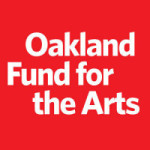 In the early 1990s, state and local governments in California drastically cut funding for public education in order to balance their budgets. The first victim was arts education in Oakland schools. In more affluent neighborhoods, local PTAs and community groups stepped up to fund subjects that had been cut, but schools in Oakland’s more economically challenged areas had no such resources.

In 1996, four members of the Oakland Arts Council decided to act.  They founded the non-profit organization Oakland Fund for the Arts (OFFTA) with the mission of bringing arts education back to Oakland’s most under-resourced schools using private donations.  The group’s first funded program at MLK Elementary in 1996 was made possible with a grant from Wells Fargo Bank.

In 2016, the OFFTA board decided to change its name to Arts for Oakland Kids (AOK) to more closely identify with the organization’s mission.  Today, AOK proudly carries on the OFFTA legacy and mission. We have funded over 150 hands-on arts education programs in more than 80 schools.